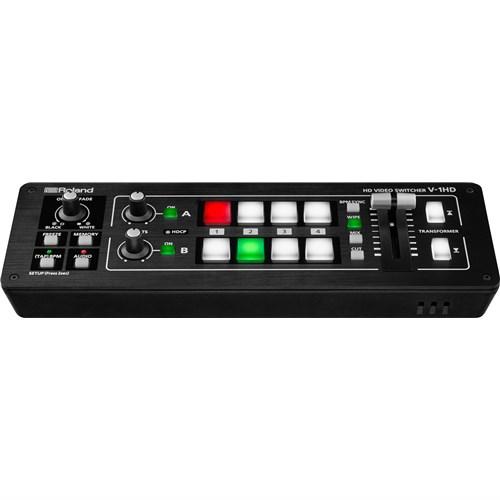 So compact and portable, you can bring the V-1HD and use it anywhere! The V-1HD makes it easy to connect and switch video cameras, smart phones, computers, tablets, Blu-ray players and other HDMI video sources with a simple push of a button or slide of the T-Fader. It supports professional compositing effects such as picture-in-picture and keying allowing for graphic insets, titling or even “green screen” ideal for news broadcast or corporate training productions.