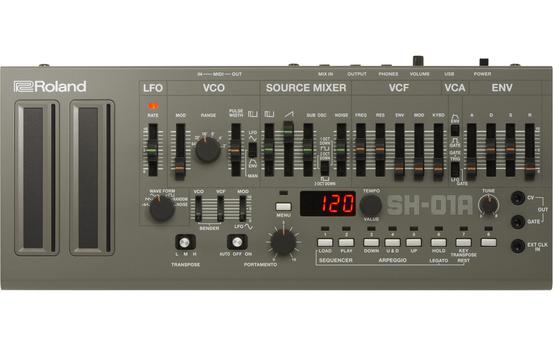 FOUR TIMES THE SOUNDS IN A FRACTION OF THE SIZE

The SH-01A is a meticulous reproduction of the iconic Roland SH-101, one of the most popular classic synthesizers of all time. Our Analog Circuit Behavior (ACB) technology reproduces the SH-101’s legendary sounds by faithfully recreating the actual behavior of the original analog circuits, right down to the fine details and odd quirks that have endeared the synth to musicians and producers for decades. The SH-01A builds on the great sounds and creative immediacy of the original, now in the popular Roland Boutique format—offering exciting new polyphonic capabilities, inspiring new performance features, and a level of authenticity that could only come from Roland.