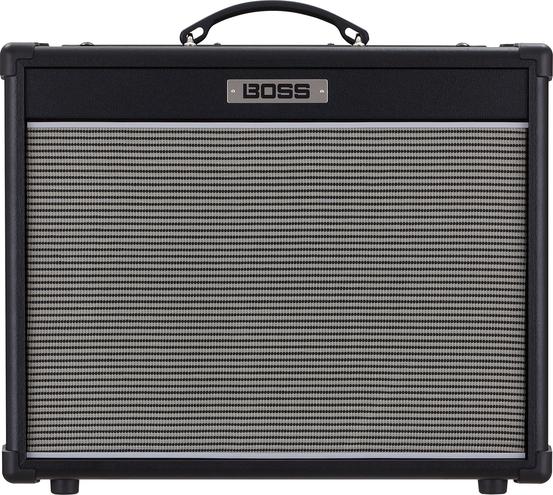 Nextone features a dual-channel design with clean and lead channels plus a shared three-band tone stack and presence control. Boost and Tone switches are on hand as well, allowing you to add some extra gain and sparkle if needed. With a quick button press, you can switch the amp into custom mode, which provides factory-tweaked variations of the standard clean and lead channels. Better still, the custom mode channels can be fine-tuned to your liking with the Nextone Editor software.

Nextone Version 3: New Features for Extended Performance Versatility
The free Version 3 update takes the capabilities of Nextone even further with new tone-shaping tools and enhanced features for home, stage, and studio.
• Self Bias—In addition to the Fixed bias options, a Self bias option is now available for all power amp types in the Nextone Editor. Fixed bias provides a punchier response, while Self bias offers a slightly softer, more vintage feel.
• Solo—An independent solo function is now available for the clean and lead channels, complete with level boost and dedicated EQ. The solo function is accessible via the Nextone Editor and can be controlled using the GA-FC Foot Controller.
• New Power Control Setting—The Power Control’s 0.5 watt setting can be reconfigured to 0.2 watts, allowing you to get cranked-amp tones at even lower volume levels. This Power Control behavior can be assigned with a power-up action or the Nextone Editor.
• Delay/Tremolo Panel Switch—Using the panel switch in the Effect section, it’s now possible to toggle between delay, tremolo, and bypass with each press.

Visit the Downloads tab to get the Nextone Version 3 update.